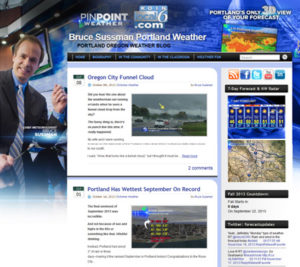 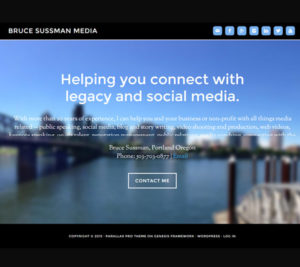 Bruce Sussman has been in the news industry and talking about weather for more than 15 years. After graduating from the University of Missouri, he worked at KAPP35-TV in Yakima. Then, KHQ-TV in Spokane. Next was KGW-TV in Portland for 10 years. And then the Chief Meteorologist for Koin Local 6 Portland for 7 years. He now does fill-in weather and anchoring for KATU.

Bruce has been married for over 18 years to his wife Kelli and they have two young sons that keep life busy, fun and full of energy! Bruce enjoys living in Portland and enjoys forecasting northwest weather.

His weather career honors include back-to-back Emmy Awards in 2005 and 2006 for “Best Weather Anchor” in the Northwest. He has also was nominated for Emmy’s in 2007 and 2008.